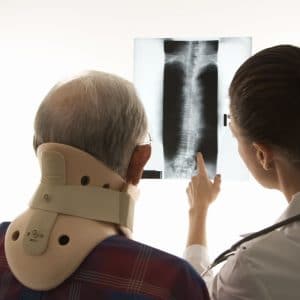 Medical malpractice is serious business. It can result in irreparable damage, serious injury, worsening illness, or even death. Medical professionals are governed by a set of laws and guidelines that prevent such negligence from happening.

Medical malpractice occurs when a medical professional deviates from the acceptable standards or levels of care. It does not only cover doctors, but also nurses, therapists, and medical technicians.

Commonly misdiagnosed illnesses are cancer, heart attack (particularly in an emergency room setting), stroke, and blood clots. Surgeons and OB/GYNs were among those who frequently received lawsuits in 2017 for malpractice. Mishandling of record and data is also a frequent cause of medical malpractice suits. In research done by John Hopkins, one out of 71 total cases and one out of 5 cancer cases is misdiagnosed.

At times, the medical facilities are to blame. Poor maintenance or malfunctioning equipment may result in a serious injury or worse. In such cases, the primary healthcare facility is held accountable.

It is important that you secure legal representation that is capable of defending you in a malpractice suit. In 2016, reports claimed that most malpractice suits ended in favor of the defendant healthcare professional.

While the number of malpractice suits are decreasing (48.5% as of 2016), the number of payouts are also decreasing. Oklahoma belongs to the majority of states that claim less than $40 million in suits or about $10.07 per capita.

By hiring a medical malpractice lawyer, the patients affected can file for damages like past and current hospital bills, past and present medical costs, rehabilitation costs, home healthcare, and other items such as oxygen tanks and mobility devices.

Should you or a loved one encounter deviance from any of these rules, you need legal representation. Medical malpractice lawyers in Oklahoma like Little Oliver Gallagher PLLC can help you.

Medical Malpractice Attorneys and Your Case