What You Should Know About DUI Accidents

Home Car Accident Lawyer What You Should Know About DUI Accidents
201807.10 0

What You Should Know About DUI Accidents 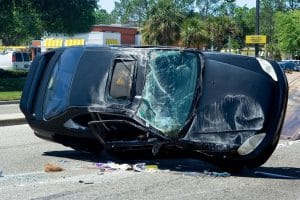 Driving under the influence (DUI) of alcohol or drugs could result in a hefty fine, a criminal record, and even a jail term – depending on the severity of the case. On the other hand, DUI accidents can cause serious injury or death to the driver, passengers, and the other individuals using the road network. A DUI charge – that results in bodily harm or death to another individual – is considered a felony in most of the states in the U.S. This article provides information on what you need to know about DUI accidents and the legal implications of the process.

In case you have met with an accident, the law enforcement officials can stop and temporary detail you for the purpose of further interrogation. The officer may ask you if you have been drinking and look to see if there are any signs in plain view. In fact, the police officer can conduct field sobriety tests to ascertain if you are under the influence of alcohol or drugs. In case the investigations lead to the conclusion that you are under the influence of alcohol or drugs, the officer has a probable cause to make an arrest under the DUI law. Although an accident may give the officer reasonable suspicion to further investigate the incident, only solid evidence of intoxication would give the officer probable cause for a DUI arrest. In fact, some states in the U.S allow for discretionary or mandatory BAC testing of the driver involved in an accident that causes serious injury or death to another individual.

Depending on your state, the officer may conduct a BAC test to see whether you are driving under the influence of liquor or drugs. In fact, the testing may occur depending on the discretion of the officer on the scene. In most states, BAC testing after a serious accident may fall under one of the following categories.

In case you or someone in your family is involved in a serious accident caused by a drunk driver, you can claim damages in a civil lawsuit – but you should be able to prove it. On the other hand, you can also pursue a wrongful death lawsuit in case a family member is killed in an accident caused by a drunk driver. You have to establish the intoxication level of the driver and prove that this level is too high for the safe operation of the vehicle. That is where you need the services of a reliable DUI lawyer in town. Make sure that you choose the right candidate for the job. Contact Us to learn how we can help!